At midnight I booked my ticket for a 1045am flight out of MIA to STT. At 7am I left my apartment to drop my car off at the park and fly next to the American Airlines terminal. As I boarded the bus I looked back at Bunny (my white Acura ILX) as she glistened under the fluorescent lights of the hanger. I took a deep breath and whispered to my self “is this really happening right now?”

After assessing the risk and reward over the extremely short amount of time I had to prepare before this trip, I decided that I am a grown woman and that the reward is greater than the risk. Adventure, exploring, new experiences, learning new things, meeting new people. All of these things out weighed my fears of having a horrible time, being kidnapped, sold for sex trafficking or having my kidneys sold on the black market.

I’m currently sitting on my 2:36:00 (wifi-less) flight back to MIA and I can confidently say my stress levels are low and I am thoroughly happy to have taken the risk and will proceed to recant the rewarding experience while I listen to Rüfüs de Sol

Swing in front of Openheimers

For the second time in my history I arrived to MIA with an hour to kill. I treated myself to a glass of champagne to help calm my nerves; I needed to slow my mind and think of ways to mess with Ryan’s best friend, Sergio, during the flight there. Sergio had no idea Ryan had booked my seat 22b next to his 22a. I arrived first and watched as he came down the isle. The 2 hour flight into St Thomas was spent engaging in innocently false conversations about how I was on my way to St John for the first time to visit a girlfriend and her family. Sergio’s eyes glistened as he emphatically asked if she knew Ryan. It took a lot for me to keep my cheeks from forming huge apples at the thought of knowing the truth. Ryan sent a driver for us, yogi, who was instructed to have two signs with both of our names. Once we landed on St Thomas, Sergio promptly invited me to ride on the taxi with him to red hook where the ferry to St John is located. I grinned and said sure… unfortunately yogi did not have time to prepare the signs as our flight arrived 15 minutes early. Once I spotted yogi I threw my hands in the air and said “okay the jig is up… I’m here to see Ryan too!” Mind…. blown. Yogi is the Lewis’s (Ryan’s boss) personal driver for when they are in the islands. As he drove through the winding mountainous roads On the left side, he showcased his “tute tute” by giving it a loud, confident blow. A tute tute is a conch shell with a chiseled hole at the base. In the past, it was used by sugar plantation owners to call in their slave workers . St Thomas has a population of 100,000 people. The high way was sandwiched between the ocean and the cliff side where small shops and restaurants sat. It reminded me of a third world country. The indigenous island people appeared poverished.

We rushed out of STT to Red Hook where we fought to catch the 2pm ferry ride in. Otherwise we would have to wait another hour for the 3pm. We ran up to the ticket booth to purchase our tickets with 1 minute to spare. The ferry was a double decker. We sat on the top level where I appreciated the 360 views of ocean, mountains and sunshine. At this point I am mesmerized, filled with glee, feeling so thankful and blessed to be sitting under the Caribbean sun. Good vibes. After twenty minutes of taking in the luscious views and salty air, we approached the small island of St. John. The mountains and shore line were lightly sprinkled with the most beautiful Pueblo styled homes and restaurants. Ryan met us in his white Jeep Grand Cherokee at the entry way to the marina.

St John’s roads were noticeably smaller and less populated. He parked his car in his secret spot on a hillside above Cruz Bay. We hopped out and roamed the Main Street of St John. Restaurants open at 3pm so since we arrived at 2:30pm, we wandered over to a drink stand for spiked smoothies; I ordered an island staple drink: the pain killer, a rum and coconut based drink sprinkled with nutmeg. We’re off to a great start! Chickens roamed the streets just as they do in my home country of the Philippines. We continued to wander the small street (nameless because they don’t have real addresses in St. John- seriously). St. John reminded me of key west but very obviously less American. As we wandered I learned the drinking game “buffalo.” Buffalo is a drinking game to get you drunk but also teach you better manners. There are 5 main rules with corresponding drinking punishments: 1. You can’t say buffalo – results in chugging the remains of your drink 2. You must drink out of your opposite dominate hand – results in chugging of drink 3. You cannot point with you index finger. – 2 finger length chug 4. You cannot point with your thumb – 2 finger length chug. 5. Your drink must not be a finger length from the table edge – 2 finger length chug.

Once longboard house opened we sat and ordered guacamole and poke bowls. The tuna was unbelievably fresh and the guacamole out of this world. We hoped back into the Jeep and coasted down the mountain side street with scenic stops for photos. Donkeys and deer freely roam the island. We paused on the winding road to a donkey couple walking up the mountain, sticking our hands out mimicking a gesture to give food for attention. Ryan took a call from his boss as Sergio and I walked along the beach where Openheizers hide away home was located. This man created the atomic bomb and seeker refuge on St. John after the bombing. He isolated himself there for the remainder of his life. Stephen appreciated the views with me and with a grin said “this view is amazing and incredibly perfect but I have to say there are EVEN MORE beautiful sights than this that we will be going to this weekend.” Pinch me. Ryan walked up to us sitting on the edge of the beach after his hour long phone conversation. We piled in once again and hiked up the mountain to Sandalusa where Ryan’s home is located. Everyone on the island pretty much has a Jeep or 4 wheel drive vehicle which is extremely necessary to be able to hike up the extremely steep cliffs and valleys. It is literally a rollerscoaster ride in and out of his place. He clicked open his gate and we arrive to his centrally located condo. What. A. View.

Swing in front of Openheimers

We arrive just in time for sun set. We sat by the pool and watched as the sun slowly sank behind st Thomas’ mountains. The boats in the marina below stood still in silence as the carribean ocean was completely flat and still. Ryan says it usually isn’t that calm, it’s usually pretty choppy. The warm tones of red and orange matched the rosé we drank as we relaxed and chatted around the pool.

I wore my new Australian maxi dress to Extra Virgin, a restaurant Ryan bought. Three of Ryan’s new friends from st Thomas arrived and we all continued the game of buffalo. My period started and I was panicked because I had no tampons and there were no real drug stores on the island. At dinner I fibbed to Ryan and asked if it was okay if I go to the corner store to buy Advil for a head ache. He jumped up and said I’ll walk you there right now. So I busted on that one. Finally I walked back to the kitchen and told the hostess I would pay her to buy me tampons at the store. She understood my situation and with enthusiasm and genuineness discretely walked over to the same corner stone to purchase my tampons. God bless her. What. A. Fiasco!

Our next stop was longboard house again, not many places to go on this tiny island! We immediately walked over to the hat stand and picked out hats to purchase. These guys are insanely obsessed with hats. A couple girls walked over… they were from the islands.

We walked to another set of bars where I met island gangsters and politicians. The government and system in these islands are very corrupt. I learned that their debt is somewhere near 2million albeit the richest people live in the islands and benefit due to tax opportunities. I met people who were seemingly harmless locals and later found that they were huge island gangsters who have killed people. Friends close enemies closer?

We woke up at 8am and rode into town for coffee and to the beach where he does his daily swim work outs. I sat and watched as he swam along the coast line, mesmerized by the 360 views of ocean and mountains. I walked along the shoreline and took in the crystal blue water. Small minos swam quickly around the the shoreline. A school of snapper chased them and pounded against my feet, some even beaching themselves. Had I not been so shocked I would have made effort to catch one. Moments after Ryanshouted for me to watch the sea urchins … which coincidentally I had been staring at them at the same time. The black spiney guys would have ruined my entire weekend, problem avoided. Thank god I didn’t, because I would have missed out on these views…

One last stop at the star fish market to purchase alcohol and tampons before boarding the Lewis family yacht. The people from dinner and some really cool girls awaited us and must have rode over from Saint Thomas, avoiding a ferry ride. We set out towards the British Virgin Islands, stopping along the way to view mansions belonging to hedge fund heroes and celebrities like Kenny Chesney. We anchored off Jost van Dyke and rode the dingy to the powder white shoreline. We spend the day playing Buffalo and drinking pain killers before heading back to St John for Sushi at an exclusive resort where the deer ran rampant.

This site uses Akismet to reduce spam. Learn how your comment data is processed. 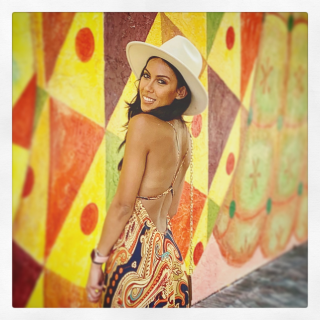